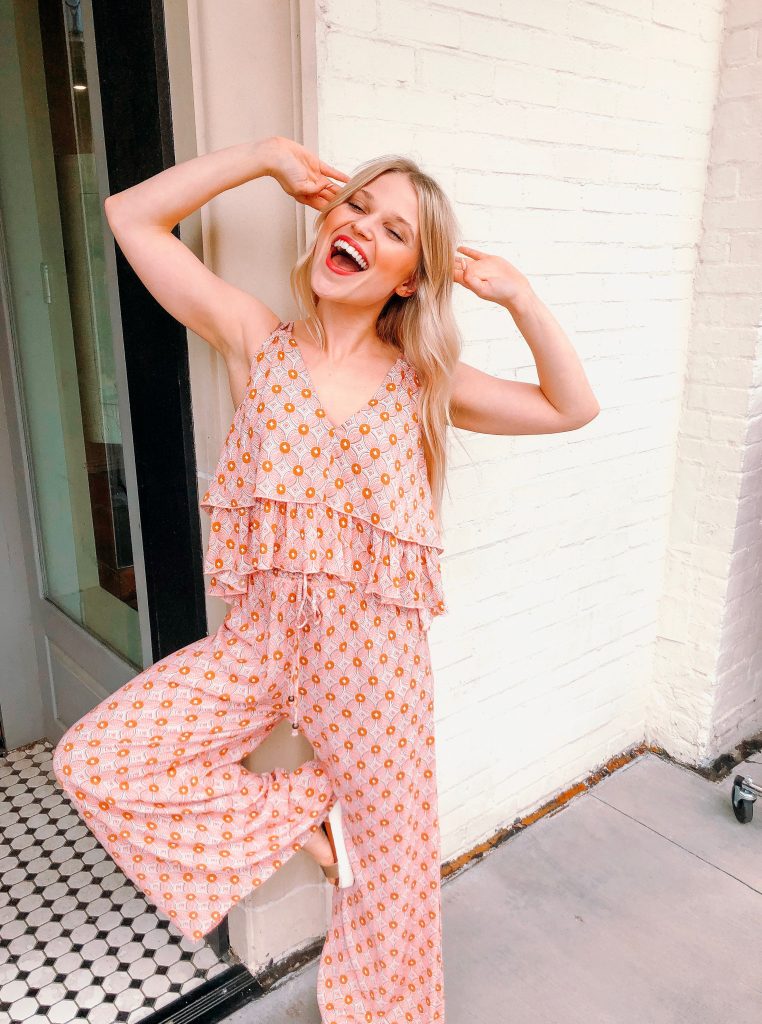 Repeat with me: I will not be everybody’s cup of tea.

Old saying, yes? But real as ever. The best thing you’ll ever realize in life is that you cannot please everybody. In our social media world of posting things for likes and being surrounded constantly in our mental space by other people’s pictures and highlights, it can feel like we are just constantly trying to “be” and prove. An effort to keep up, but the catch is that the only pressure applied to “keep up” has been by… ourselves. When I first had Knox, I had this identity crisis as a writer and influencer. Nobody made me experience this other than myself. A large majority of my readers were 20-somethings without kids from when I started my blog out of college. Though the best thing that ever happened to me, and everybody was so excited with me, I marginalized myself from a chunk of people I had grown a community with when I became a mom. Slowly but surely, I watched that follower count drop for months. It shouldn’t matter, but it was so hard for me to see my number shrink as I shared and wrote about motherhood. And so, because of it, I stopped writing about motherhood. I tried to share more things about what I thought my readers wanted to know and see. But, it was holding back a piece of me that was real, raw, and a calling I had in my life. Finally, I stopped caring. HECK, I even JUST finally added “Lifestyle + Mom Blogger” to my title on my Instagram to say “This is who I am and what you’ll get. If you don’t like it, that’s okay.” (But… I low-key hope you do stick around…)

See, listen to me here, the more you TRY to please everybody, morphing into whatever they need from you, the further from your purpose and calling you’ll get. The more frazzled you feel from the moment you rise in the morning. The shallower your friendships will get, because when you spread yourself thin for everybody, you don’t have anything left to give those who actually fill you up in life. You become a shell of yourself, striving for things you weren’t meant to strive for.

You were not called to be a watered down version of somebody else’s tea. You were called to be the tastiest, fullest version of YOU. Your own flavor. Your own specific purpose on this earth in a way only you can uniquely do as you.

Something happened recently that made me realize my reaction was genuinely a completely different one than it would have been a couple years ago. I was shocked and relieved that it felt like things I had been preaching to myself for years had FINALLY sunk in. Where I once would have been up all night sifting through everything over and over again in my mind, thinking of ways to fix it, I found myself saying instead, “Oh well.” I genuinely was over it and moving on. Mind. Blowing. I was even impressed with myself a little bit. 😉 But really, let’s be real, it’s all JESUS. For real, it is.

My life used to be marked by “frantic mess.” That’s no longer the case- even with a baby on my hip! (Well, at least… most of the time.) 😉 And it really all comes down to one simple lesson I have learned. I have spoken about it on here a few times, but I learned how to say a healthy “yes” and “no.” But, deeper than that, I am realizing that the reason I was able to start saying “no” to things I didn’t want to do or be part of was coming to the healthy conclusion I cannot and will not be everybody’s “cup of tea.” It’s a disservice to everybody to agree to something or be part of something that I don’t actually want to be at. The long-term effect is worse than simply saying “no.” Someone will likely get their feelings hurt when you set healthy boundaries and start being a little more protective of your “yeses.” But guess what? Stop caring.

I know it sounds harsh. It sounds wrong, I know it does. But it’s just healthy. Ask any counselor! 😉 It’s sorta like the Marie Kondo effect, except on your emotions rather than clothing and things. Ask yourself “Will this bring me joy?” If your answer is not an emphatic “yes!”, then it’s probably something you can sit out this time. Of course there will always be things in life you need to be at from time to time that you’d rather not. It’s part of being an adult, ha. There is a line you can cross of being wise and being selfish or lazy. Watch that.

If you’re reading this and it is resonating with you, take it as a sign! It’s time to stop going, and doing, and being things that take away from your time and head space to do what you were actually called to do on this earth. You have a purpose- a really special one with a unique design plan made ONLY for you by your Creator. Don’t miss out on it because you’re trying to build the cookie cutter, knock-off version of the home God has waiting for you just down the street if you’d only look up.