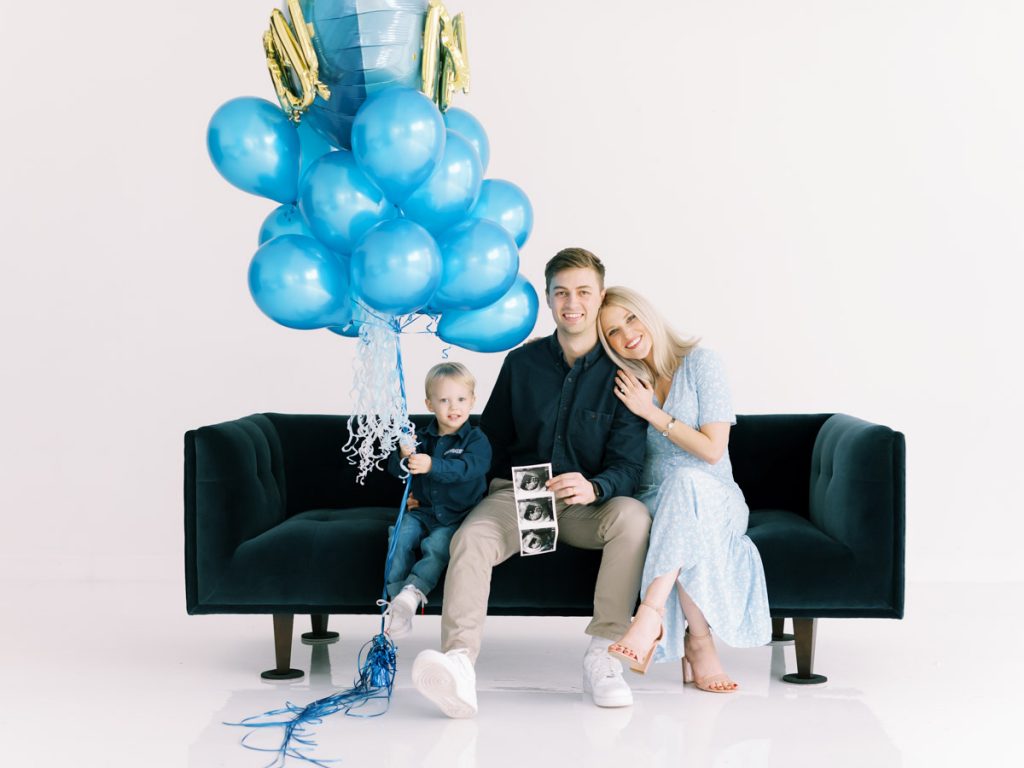 EEEP! I told you we’ve been working hard on a lot of stuff over here on The Cake that’s kept me a little MIA… Growing a second human is HARD WORK, y’all. But, praises, I am in the second trimester now and feel so much better. 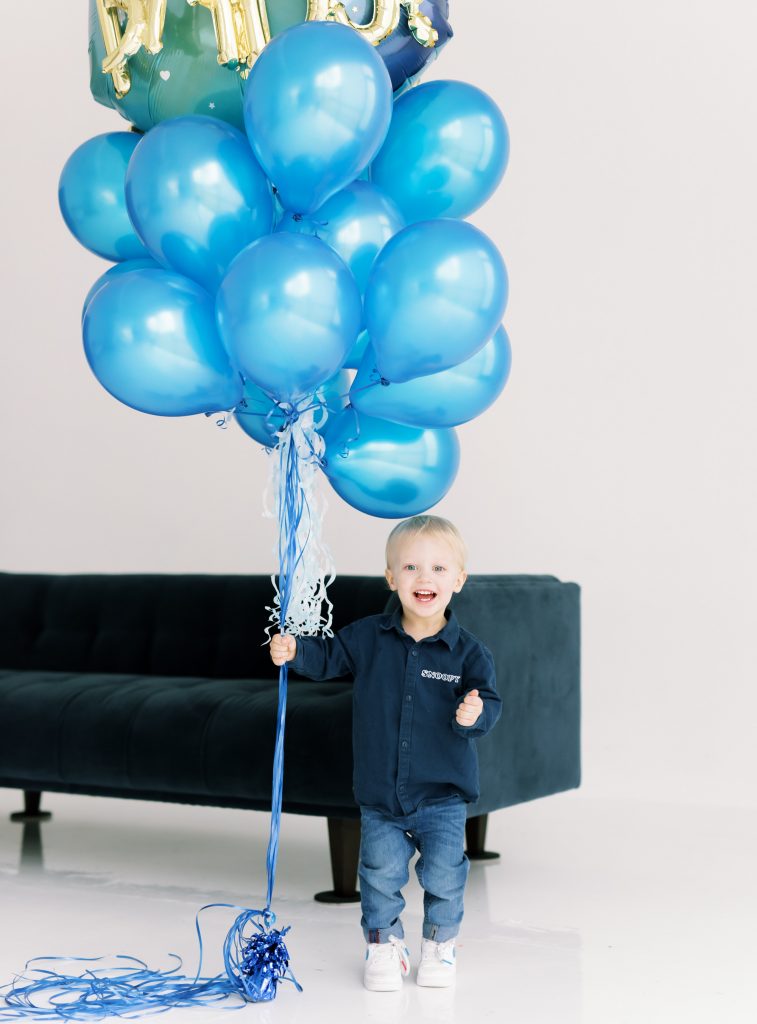 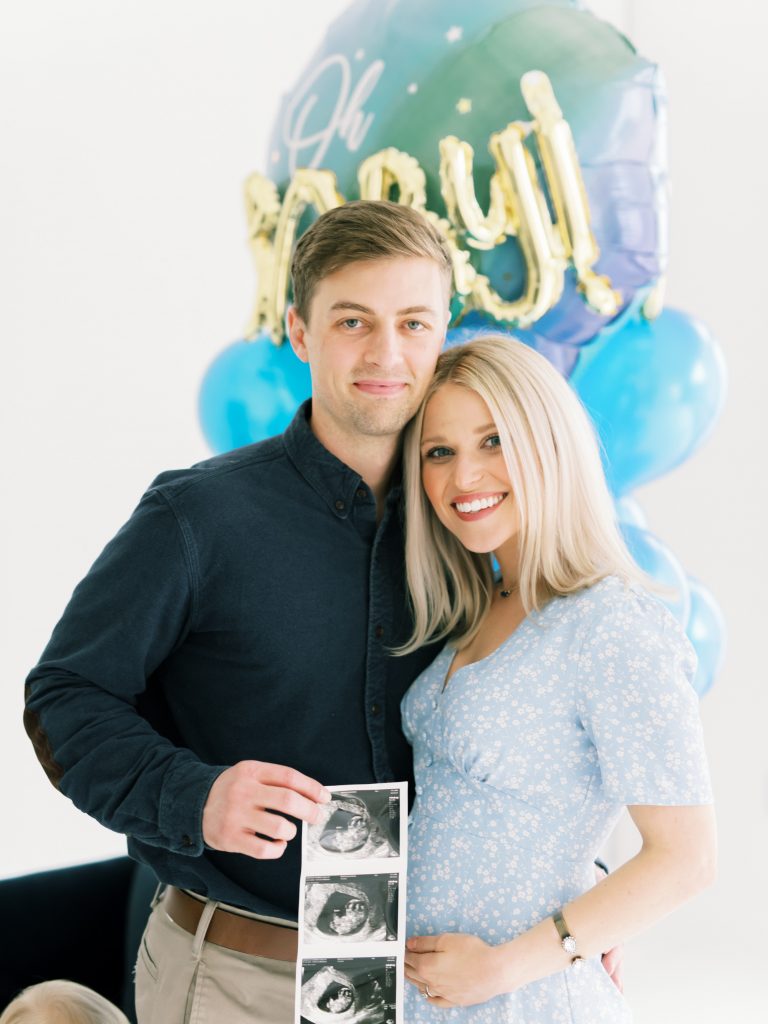 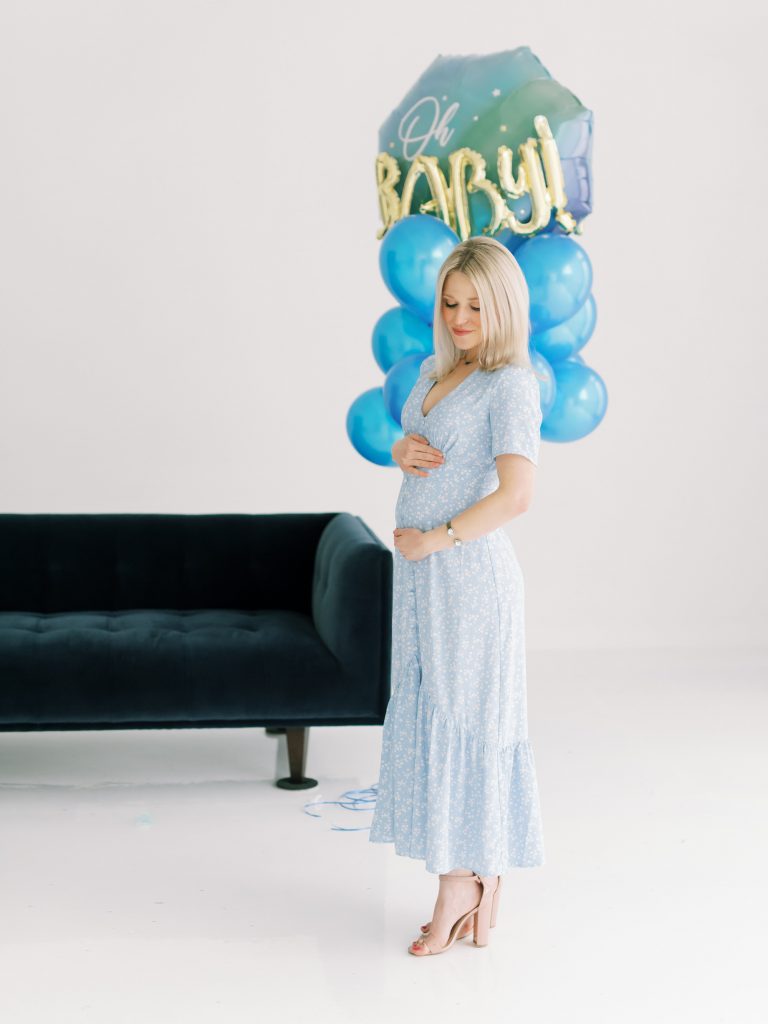 I will be sharing  a lot more about this pregnancy and all that it’s entailed, emotionally and physically, but -in short- we are truly so excited to be having a healthy little boy! I really didn’t expect another little boy, let alone know if I could handle being pregnant again after all that happened during Knox’s pregnancy and birth, but here we are. And, man, God is so faithful. For months before I felt it was time to try again, I prayed… okay, begged… that if God wanted me to have another baby then I couldn’t be sick like I was last time. I was terrified. No way I could do this again with a toddler and zero family around to help me during the day. My first trimester with Knox, from weeks 6-13 I was on my back literally all day and slept for about 5 of those every afternoon. I was so sick and even LOST 10 pounds my first trimester, because I just couldn’t eat (well, except for egg drop soup from PF Changs, hehe.) If this pregnancy had been my first, I would be saying, “Ohh I was so sick!” But, thank God for perspective, because this pregnancy has been a BREEZE compared to Knox’s. I have been able to function at about 80% most days, though tired and nauseous pretty consistently, never unable to do what I needed to do and without feeling like I completely couldn’t care for Knox on my own. Most days, I got sick around 2-5 PM, which worked for us. Paul could be home in the afternoons most days so I could sleep it off or try to get work done. There were other days I was too sick or really needed help because pregnancy tired is like NO OTHER tired, but we just adjusted our schedule those days. I am so thankful for a husband who loves to help and who has a job that cares about family first. He’s been so great. 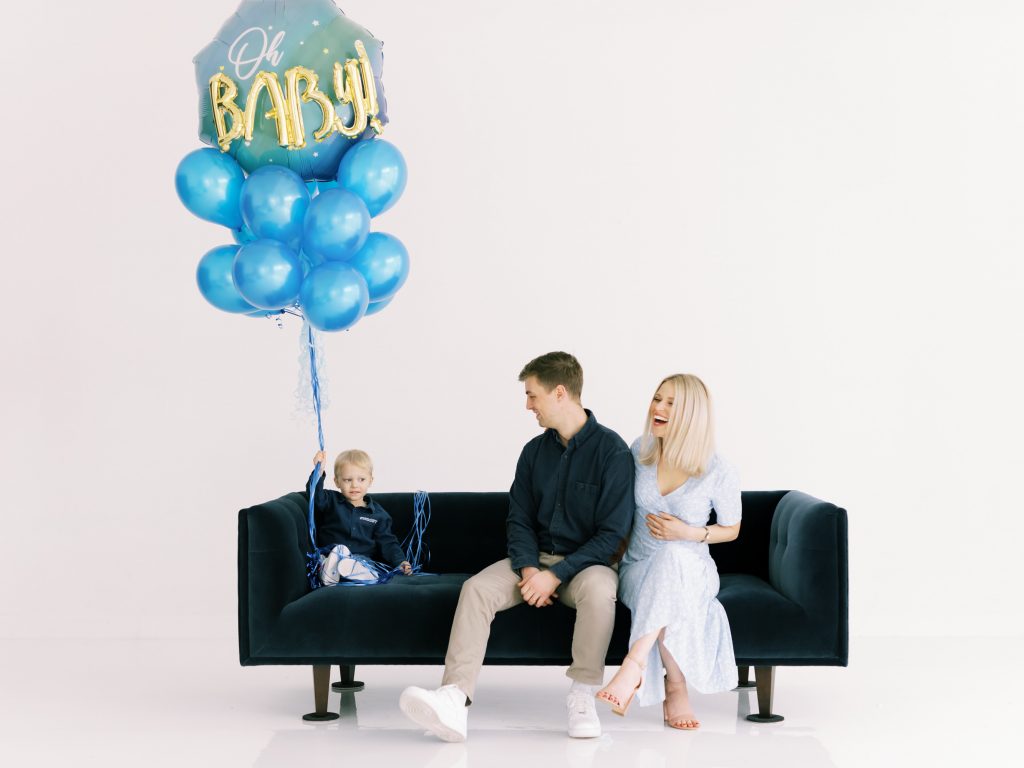 Aversions? A couple, but not near as debilitating as Knox’s long list of foods not allowed in our home during the first trimester. I had two, and actually sitting here having to think about them is making me want to vomit. So moving on.

Name? We have it. But it’s a secret. 😉 We will tease it and play games like we did with Knox before he was born, but people are crazy. And they have opinions about things they shouldn’t even care to have. So, for now, my baby’s names will remain secret until they’re here in the world. But, his name is truly special and I believe will mark him for his purpose, just as Knox’s has. Knox’s name means light maker on a hill. It makes me cry every time I think about how I already see that being lived out by him through his gentle yet fierce spirit and desire to include everybody. He cares deeply for people. I pray and declare over Knox that he will be a light maker for all to see. (Matthew 5: 14-16)

Baby R will be a conquerer. Paul and I both just knew when we said his name as an option that it was the one. That’s all I am giving you for now. 😉 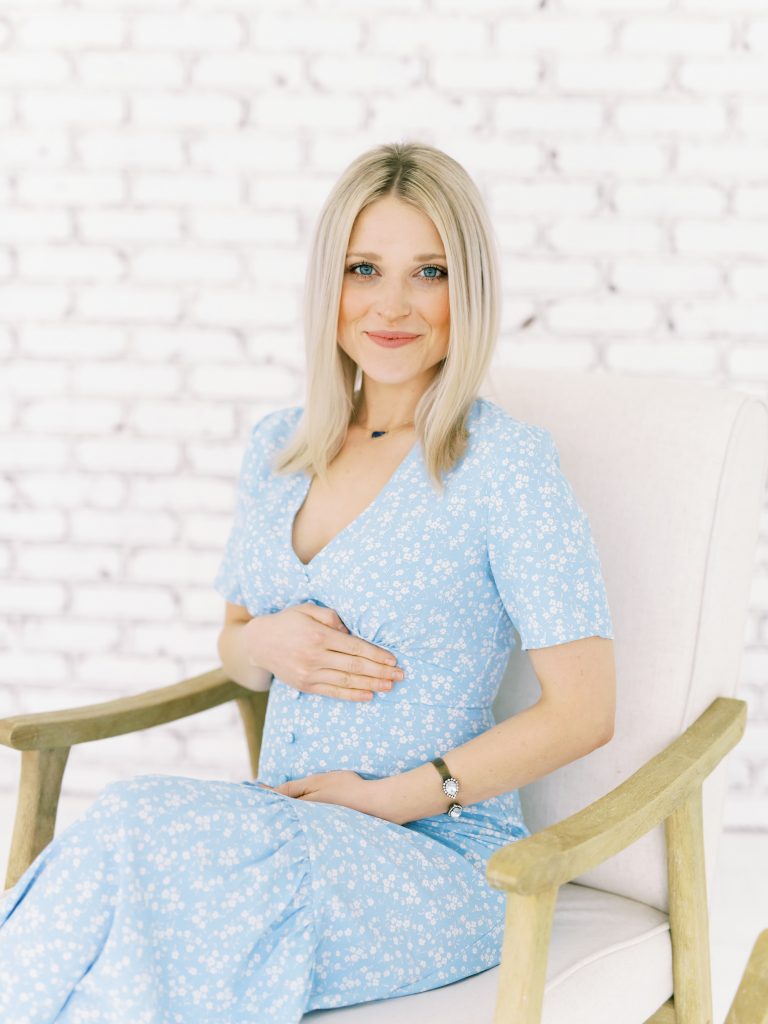 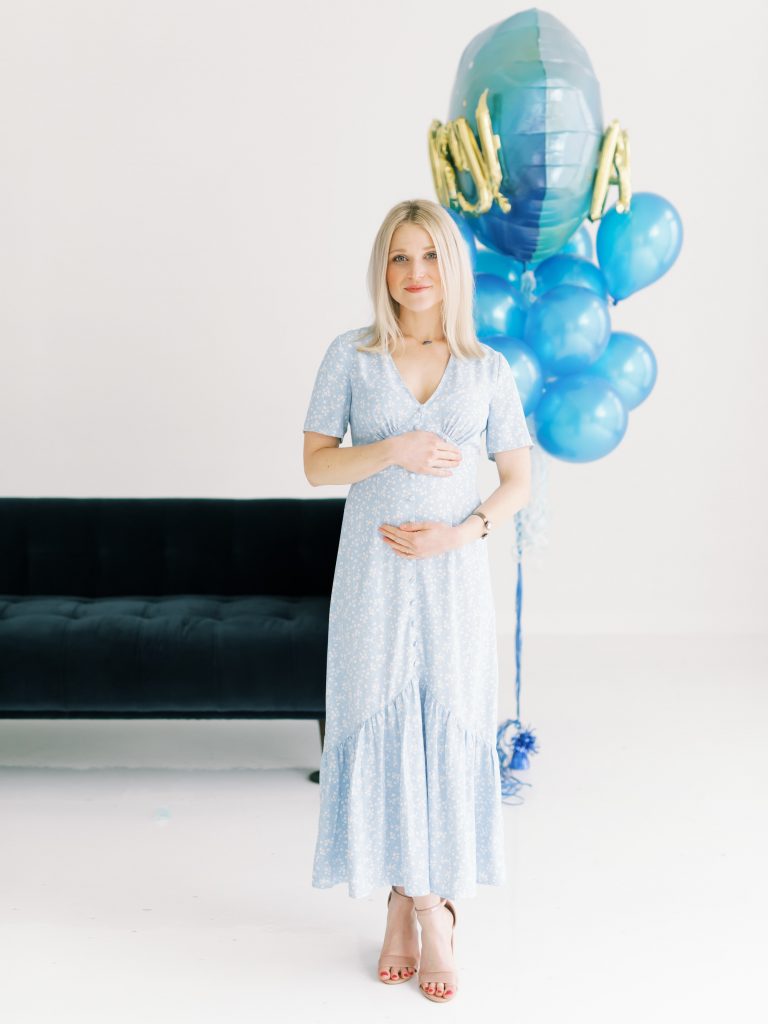 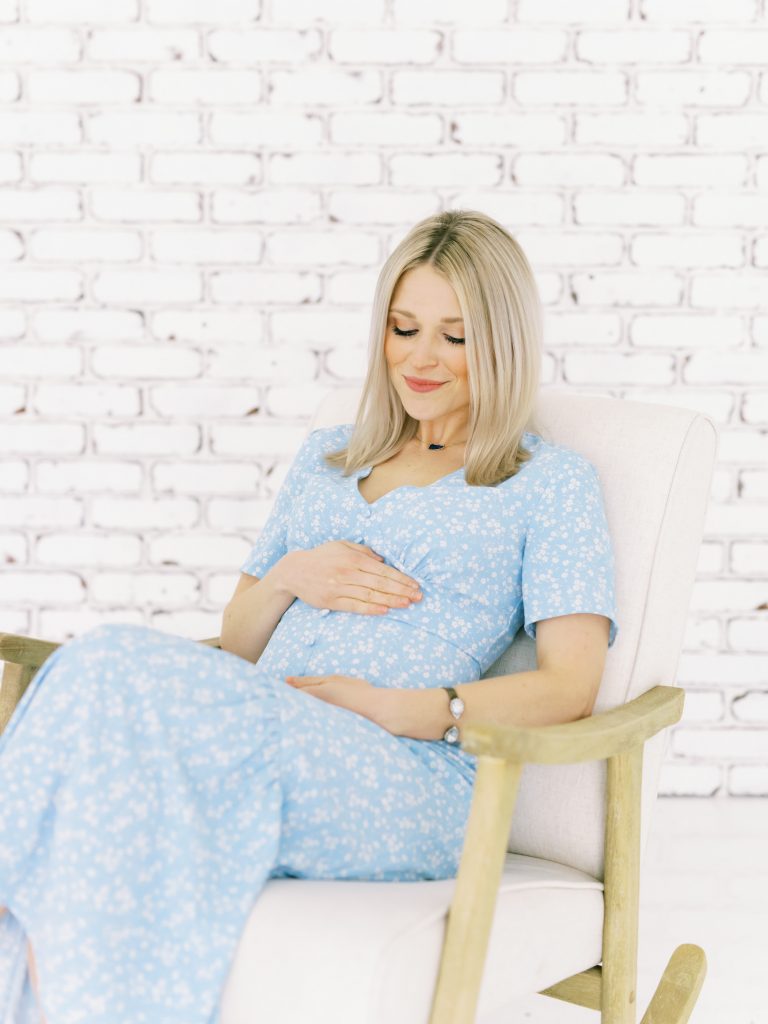 So I don’t know if I am like “Spidey Senses” when it comes to my hormones and body? But, both times now that I have been pregnant, I literally wake up and know I am pregnant and then have the daunting two-ish weeks of knowing I am pregnant but not REALLY knowing. I couldn’t stand it, so we bought pregnancy tests about 5 days too early, but I just hoped my hormones would be crazy high enough to miraculously show the two lines. Well, womp. It didn’t work… shocker. We giggled about it, but I was like “But, just you wait. I am pregnant. I know I am. I feel it.” The days passed and I continued to anxiously pray for the baby I was pretty certain was in my belly. I was getting so uneasy and frustrated that I couldn’t take a test yet. I was pretty irritable because I hated not knowing. Then, one night during the week, I went to a prayer night at my worship pastors’ house, and they prayed over me. One of them looked at me and said, “Hey God wants you to know that whatever it is you’re praying so hard for, you already have it. It’s yours.” I wept. Like WEPT. I knew without a shadow of doubt I was pregnant. I didn’t even need a test, really, at that moment. I knew.

Two nights later, I took a test and knew it could maybe show now for the early detection test. It was still slightly early (a day before it should show according to the “Six Days Before” test.) But, I was confident … and desperate. I took the test and then closed my eyes, half in fear and half too excited to look. I opened my eyes, though, and to my shock it said negative. I literally said out loud on the floor of my bathroom, “No, I know that isn’t true. You promised me.” So I closed my eyes again and began praying out loud that I know God is the God of promises fulfilled and that I was pregnant, and to please just show the positive early so I could feel at peace and not question it anymore.  I opened my eyes and stared at the test on the floor in front of me and WATCHED the second line appear right before my eyes. What. Won’t. God. Do.

He didn’t have to show me early. And, of course, I didn’t have to be pregnant. Sometimes we believe in faith for things that won’t come to pass. I know that as truth in a very real and raw and fresh way. But, here, I was a day early for science to make sense of my test. But, He cared for my anxious heart. I watched Him show me the second line that I knew should be there. Faith can move mountains. Or, in this case, pink lines before they’re “supposed” to. 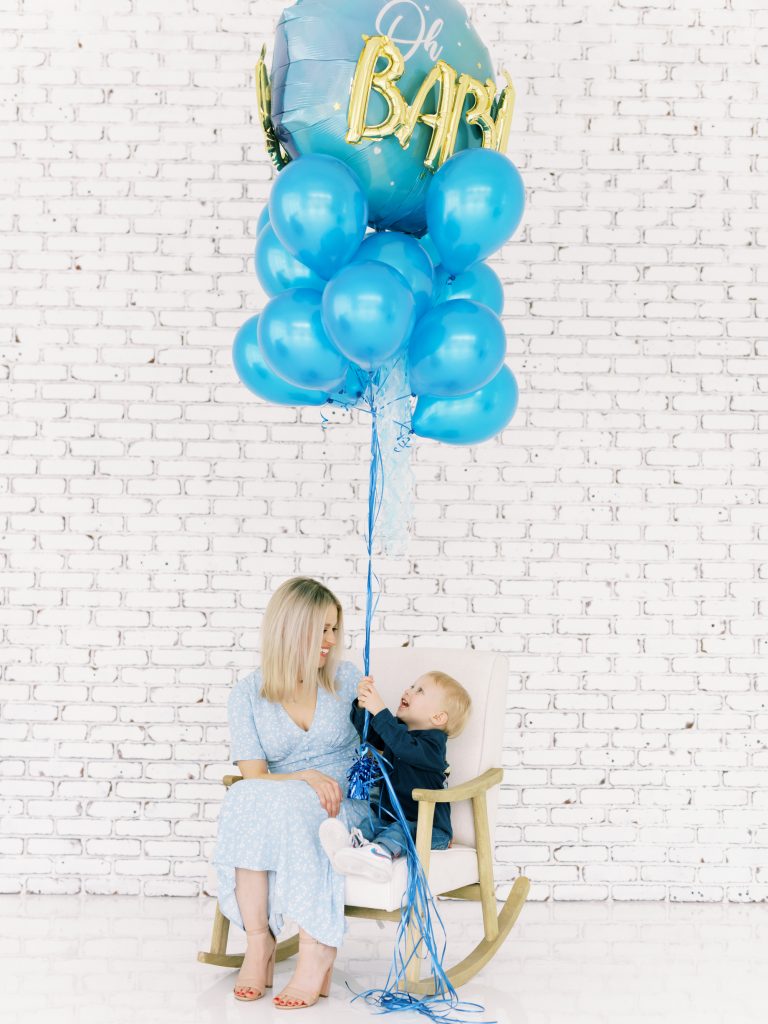 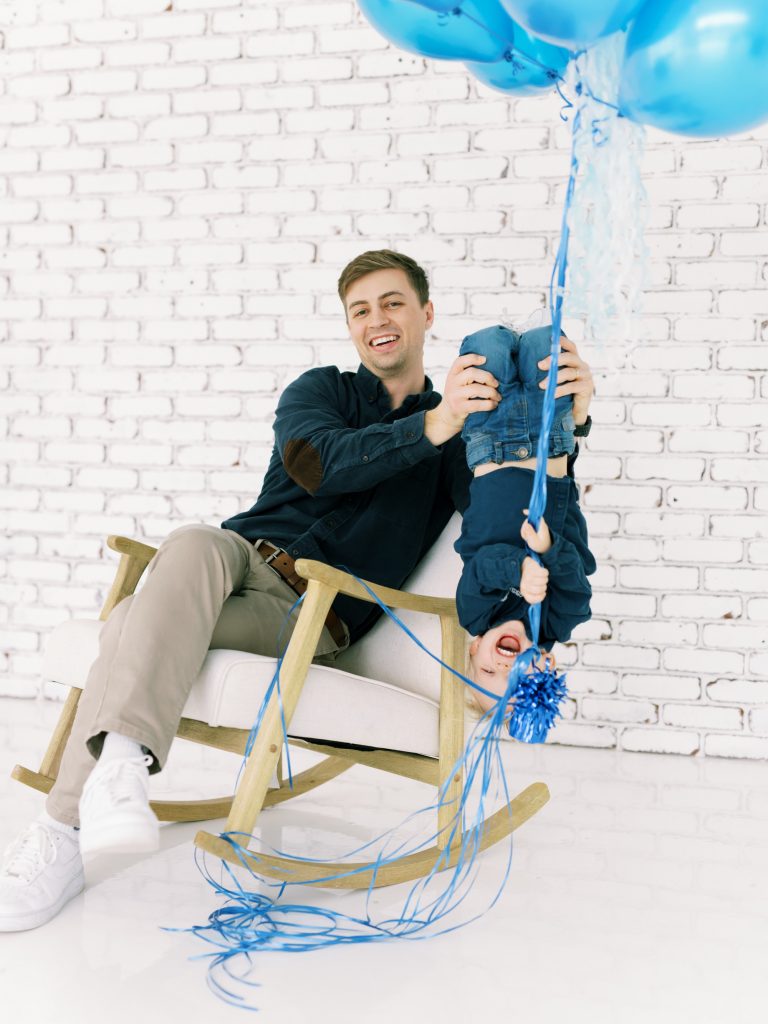 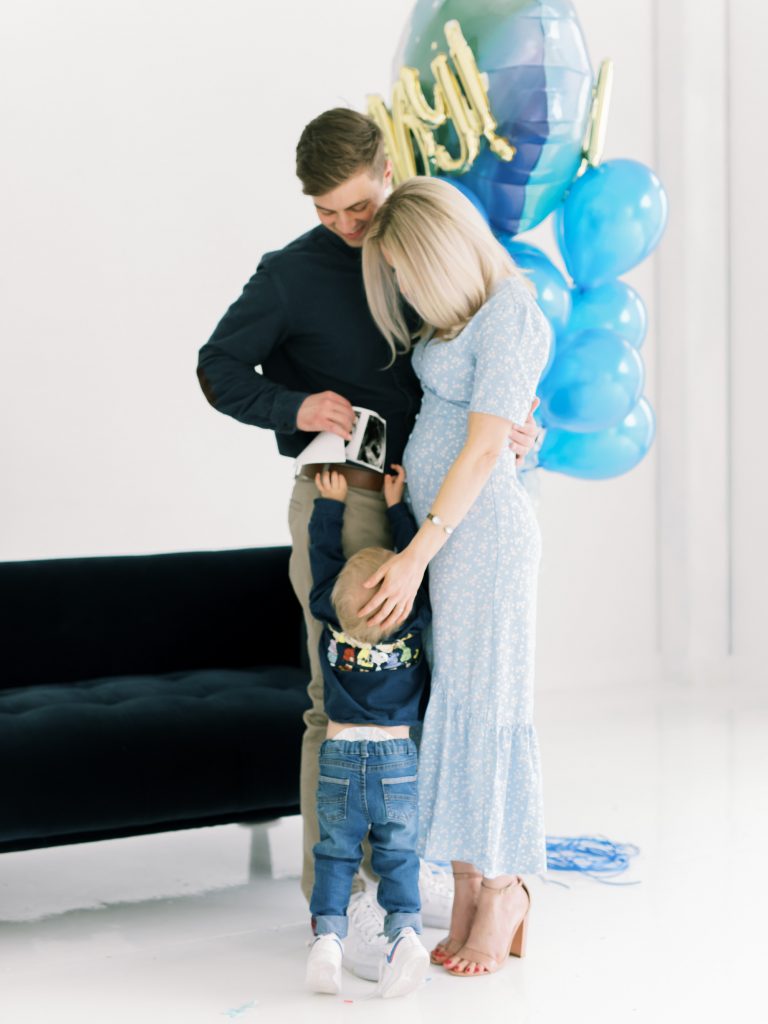 To be honest, it feels weird sharing such sweet news in the middle of crazy times. The brink of war in our nation, dearest friends who have lost babies, and others who haven’t conceived yet. Utter disappointment seems to be around every corner as of late. But, I hope that somehow this story of joy and God’s gentle care for us shines through. He cares for you, too. He cares just as much for your joy as he does for your hurting heart, your frustrations, and your fears. I have learned a lot about disappointment lately. Maybe I will share about some of it one day, but maybe not. But, regardless, I do understand feeling disappointment. I understand frustration. I understand confusion. I understand feeling devastated by circumstances.

But, God is good. He is faithful. He will show you that in His time however He chooses to in your specific situation. It will look different than mine. It will look different than your friend’s. It will be specific to you. But, I know He is good and He will show up. I eagerly wait with you, just as I did on my bathroom floor declaring truth and begging for a miracle to still my anxious heart. I hope the same for you today. 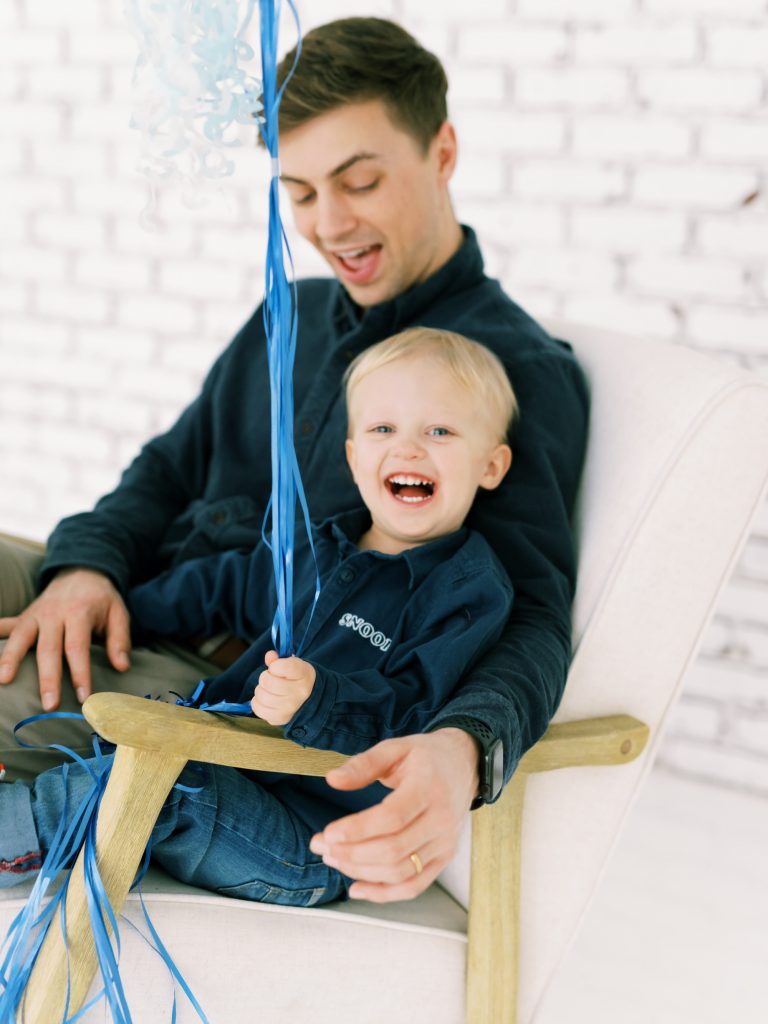 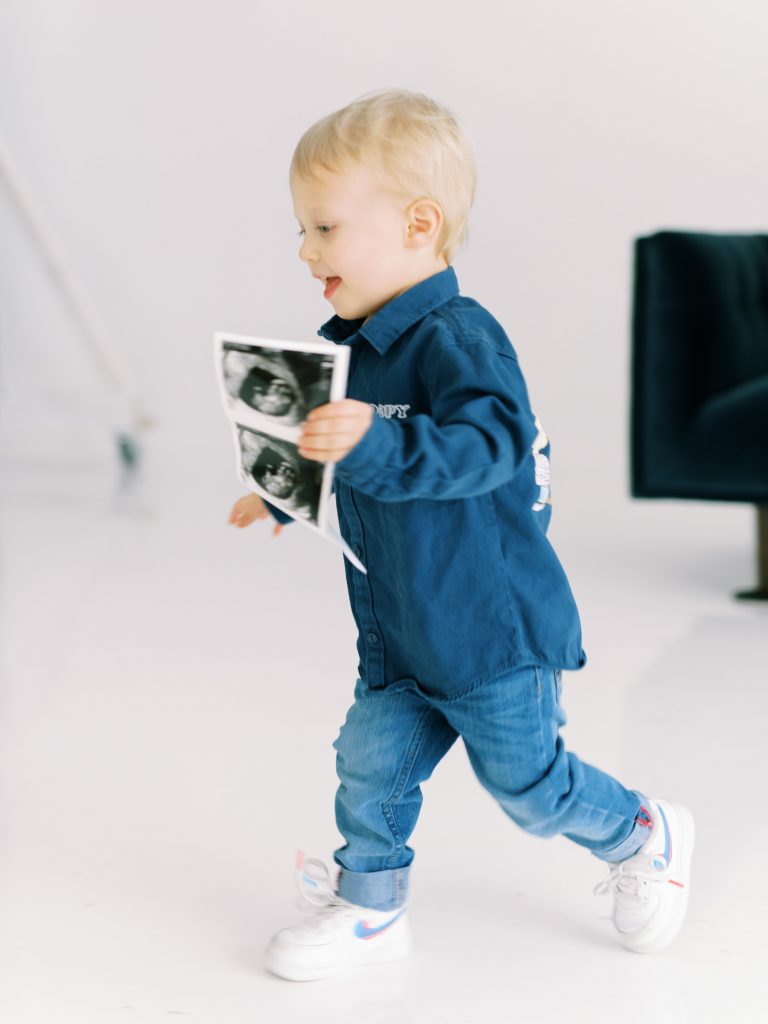 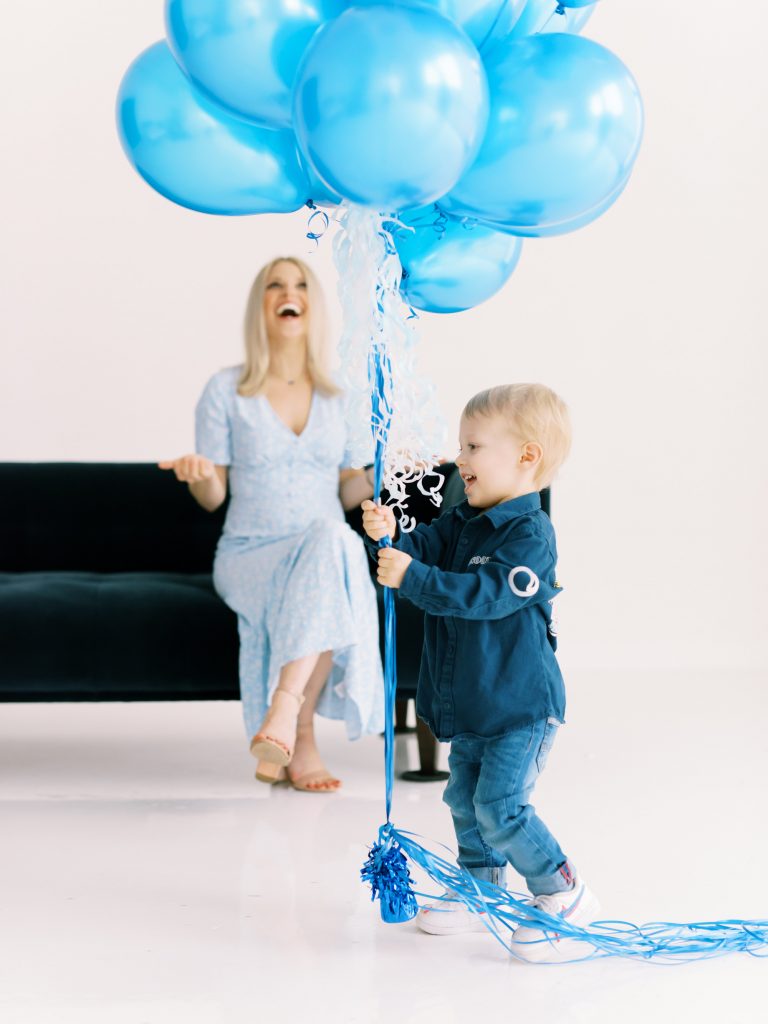 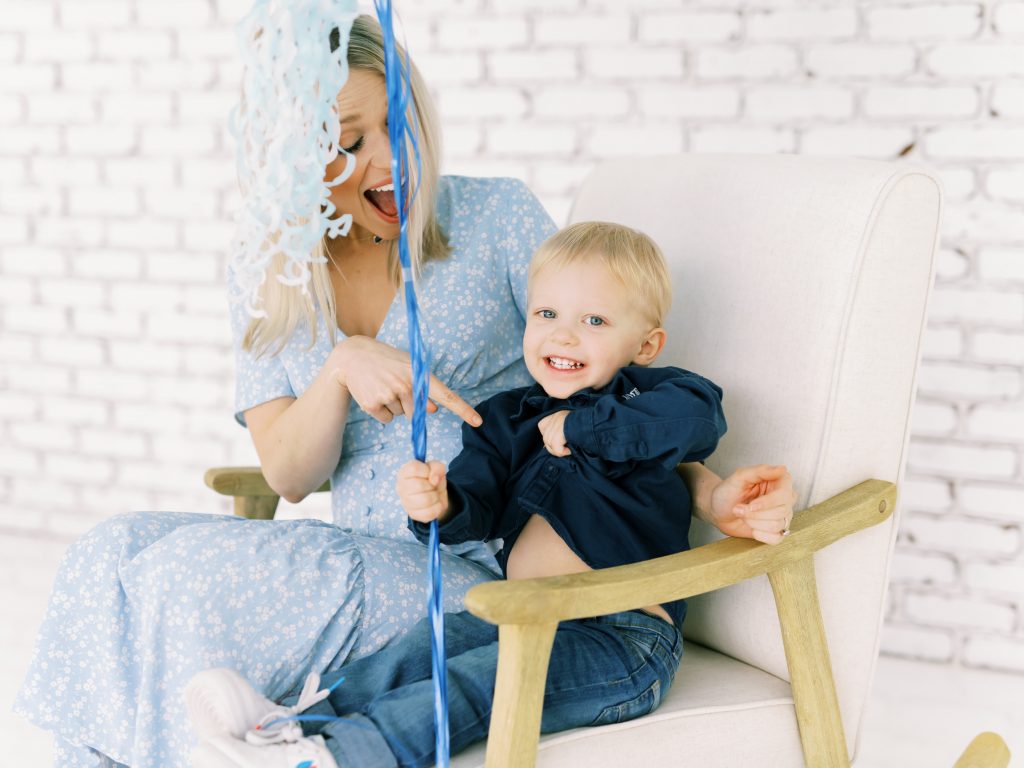 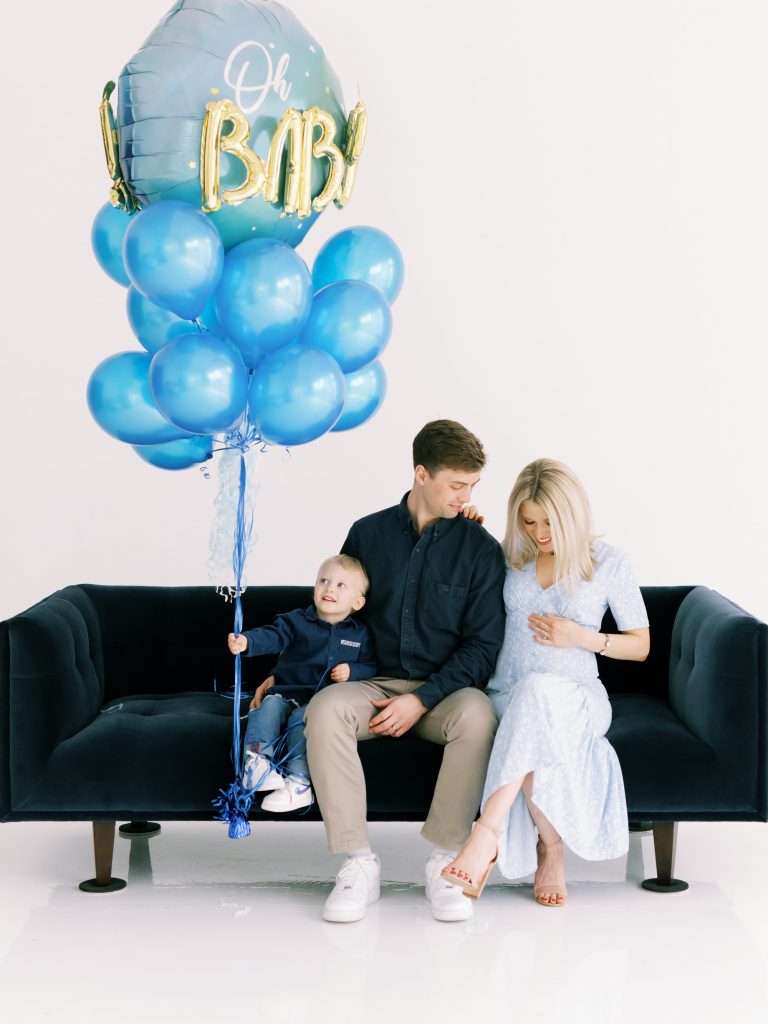 I am Hannah Morrison. Mommy of two boys, one girl, and an angel girl in heaven. I believe joy is found in your own home under your own roof, and I am just here to help you find it. Marriage, motherhood, fashion, and faith are what I am all about and I am so glad you're here!