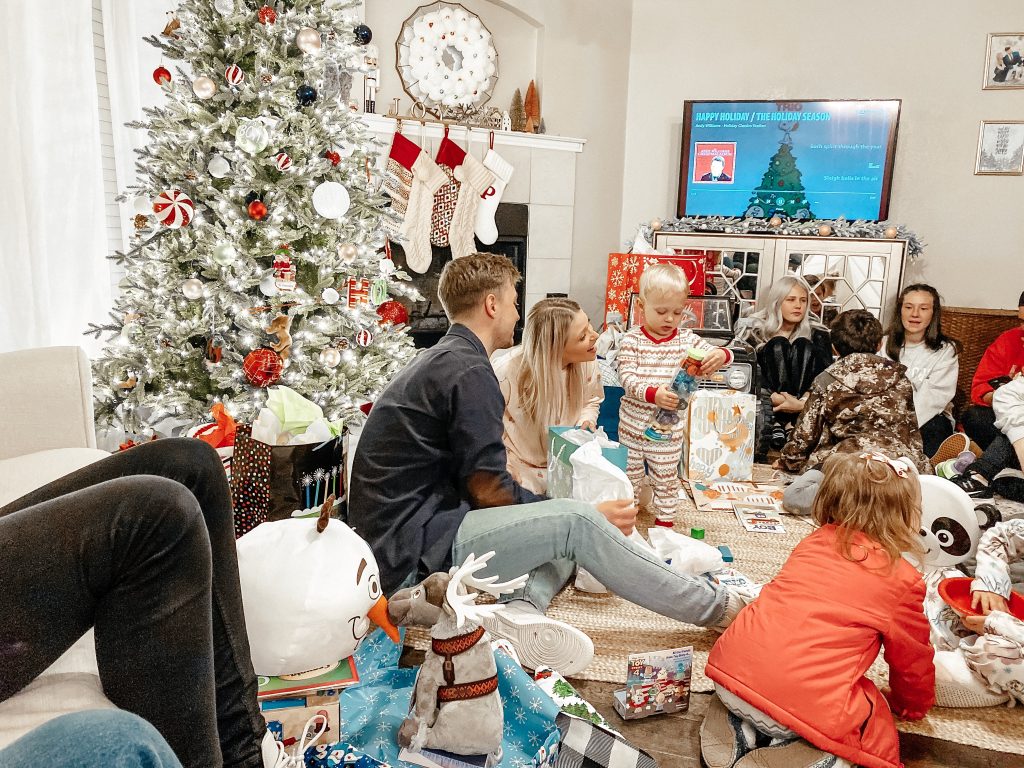 Last week we celebrated Knox Chandler’s 2nd birthday with a Polar Express birthday party. He is so into ‘choo-choos’, and especially so after introducing him this Christmas to The Polar Express. Every train we see is now “Pow-lar.” It felt like a no-brainer to choose this as the theme for his big day. I had so much fun imagining a magical space for the kids to walk into and feel like they were in a Christmas wonderland.

Because Knox’s birthday is just before Christmas, we are trying to be incredibly intentional about making his birthday a separate event each year. But, at the same time, it IS right before Christmas so making sure we don’t over splurge is also a major factor. This party was simple, fun, and I spent less than $200 on food/decor/etc.

I laid a choo-choo track for the kids to follow into the living room with white washy tape from Amazon.

I purchased this 12 ft DIY Balloon Arch from Lushra, and was really impressed. (I bought a balloon inflater as well from Amazon.) It took me less than an hour to make this! I did have a VERY difficult time hanging it, so we had to do it as a wall piece rather than an arch, but I was still really impressed. Next time I will need a little more direction from them on how to place the balloons so it’s hangable. 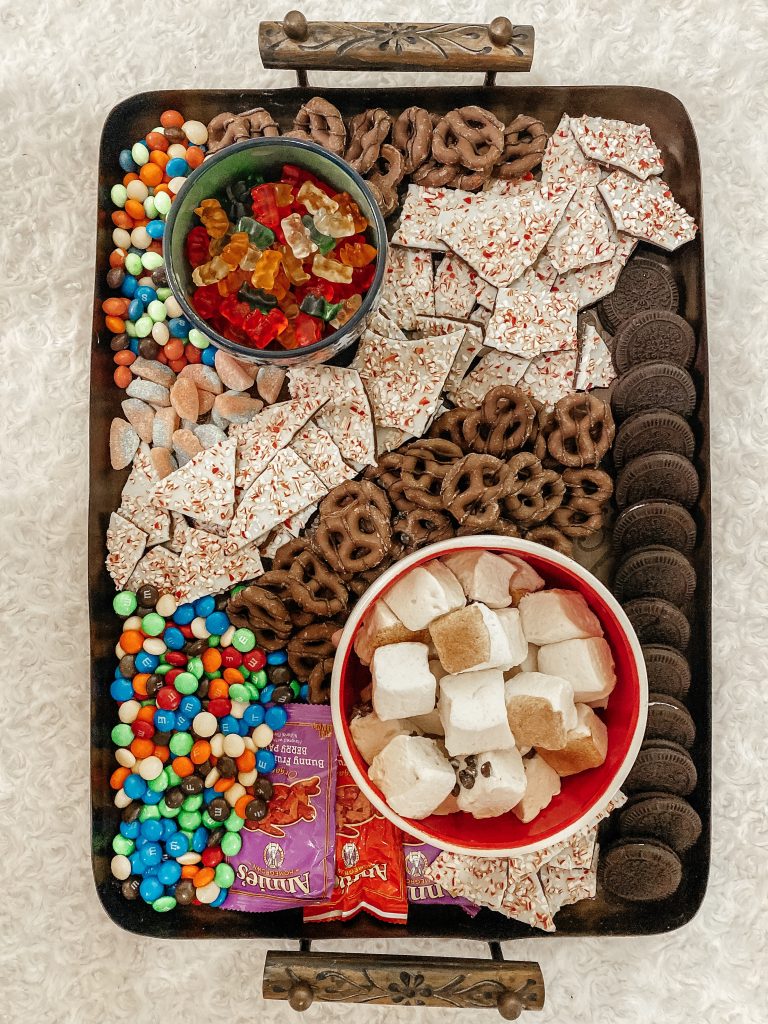 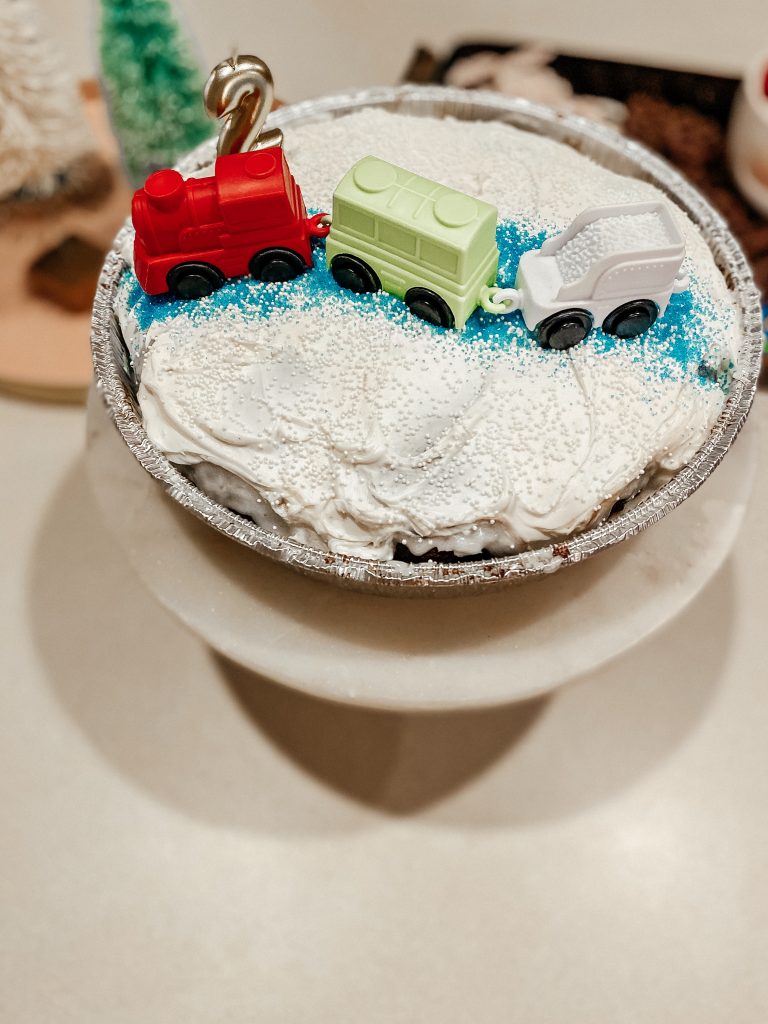 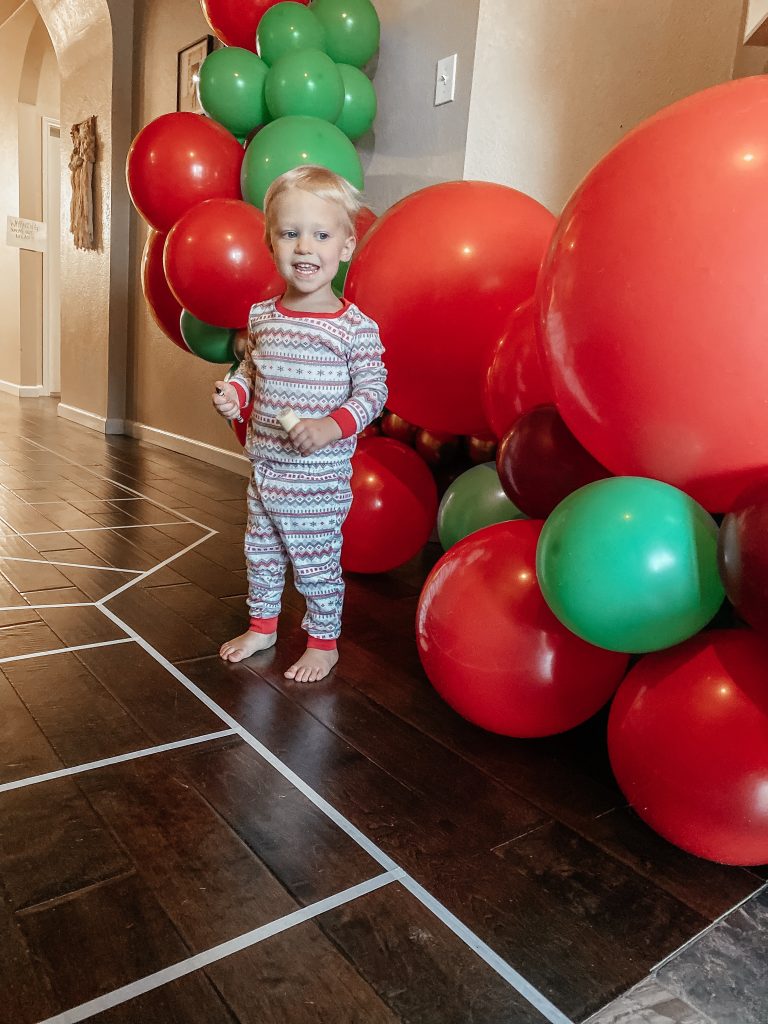 A simple hot cocoa and popcorn bar was a hit for our crowd! I filled Thermos Canisters with pre-made cocoa, and had 3 different types of pop corn for everybody to create their bowls with for the movie. I had a lot of fun laying out this treat board!

Y’all… This “cake” was a HIT. I bought the famed Costco cinnamon rolls ($6.50 for this huge pack!!!) and used it for my cake base. I heated them up accordingly, following the directions on the package. Then, I took cream cheese frosting and spread it out like a true cake. YOU GUYS. It was so good. I wanted something simple, because I knew there were so many other treats to pick from for the night. I was scared people wouldn’t eat it, as so often cake goes at a party. I didn’t want to pour a lot of time or money into the cake because of that. But, it was GONE by the end of the night, and not without a whole bunch of compliments. Shoot, now I am revealing my secrets about how stupid easy it was… 😉

For the living room, I laid out blankets and pallets for the kids, Knox’s play tent, and pillows. The kids came ready for the movie in their pajamas and on theme for The Polar Express. I will say… the movie was a bit of a suggestion. I would probably do the order differently in the future, but it was still a blast. The kids were just so riled up on treats and from opening gifts beforehand that when it was time to watch the movie, they just all wanted to play with Knox’s new toys (Which I don’t blame them! He got some SWEET gifts from our friends!!). 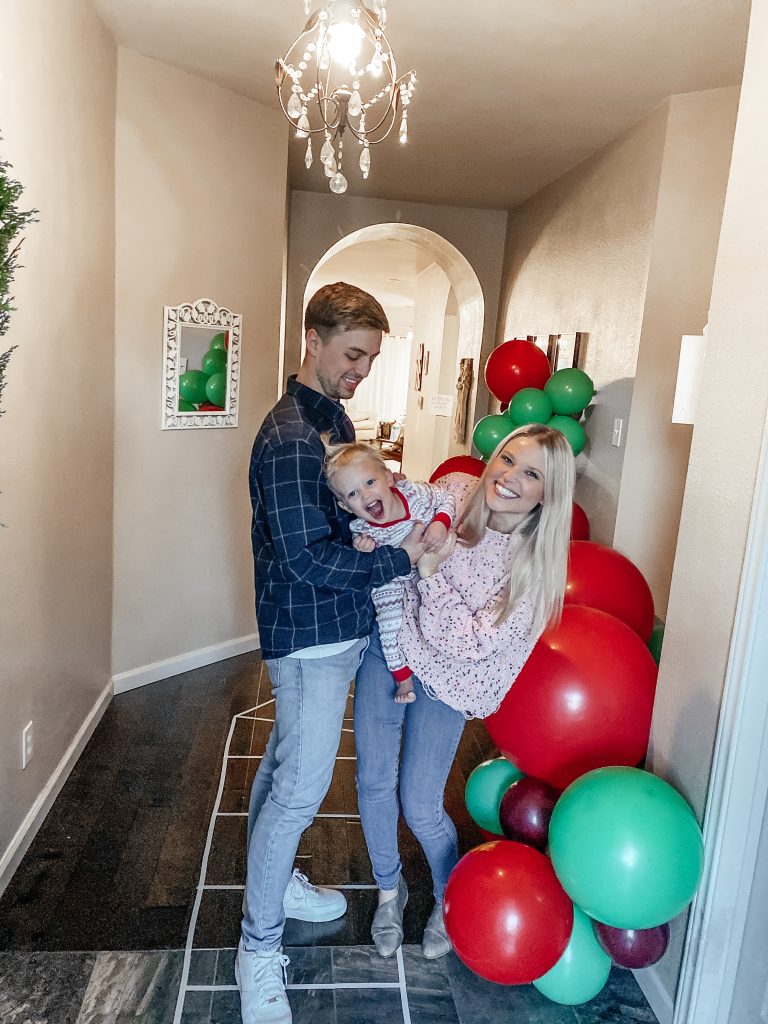 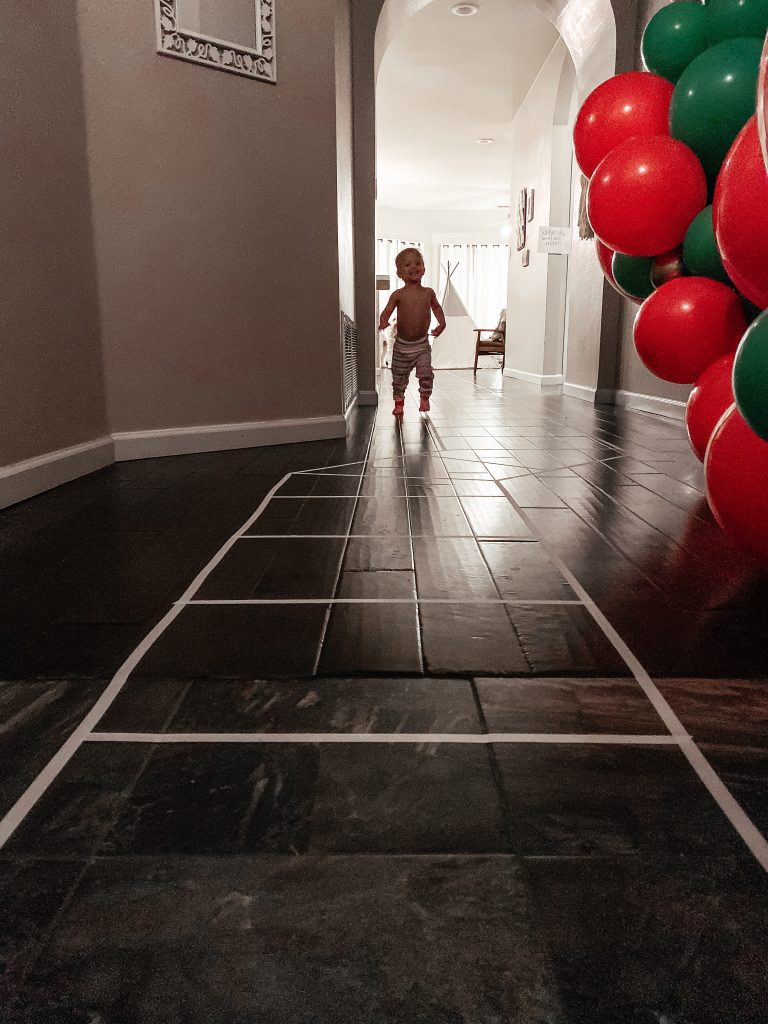 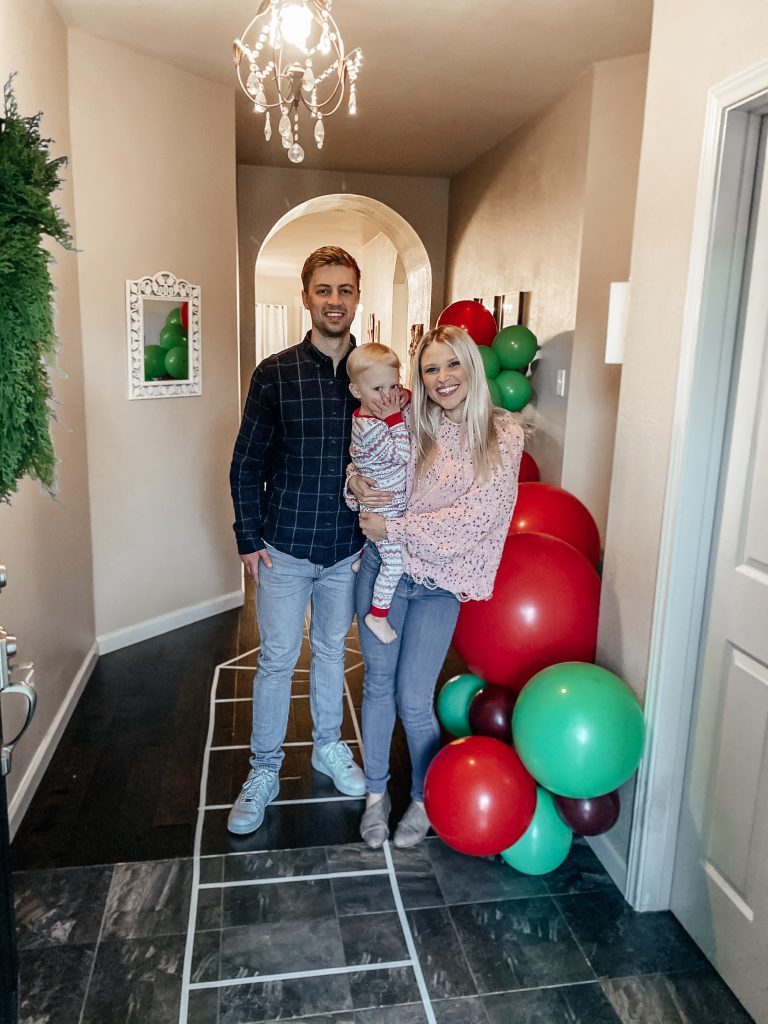 My favorite thing in the world is creating an environment for people to enjoy. I love planning parties and finding ways to make my home a special, inviting space for our friends and family to come to. Our home was certainly packed full with our favorite people, celebrating our favorite little boy. I am forever thankful for the people God placed in our lives over the last 4 years and the friendships that truly are like family. I couldn’t do this and wouldn’t be the mommy I am to Knox without every single person that was under our roof that night. Proverbs 18:24 says “Friends come and go, but a true friend sticks by your side like family.” We are so grateful to have people around us that fit the latter part of this scripture. Seasons of life are so unpredictable. But, the people who will walk through them with us are not. And for that, I praise God. 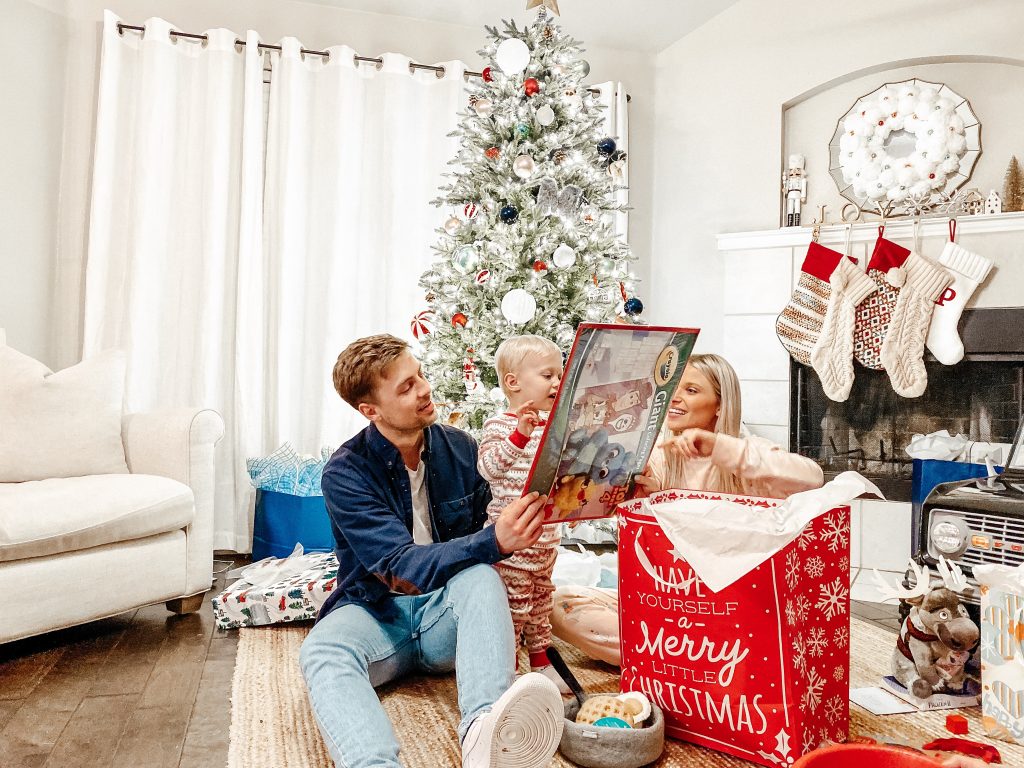