Praise the Lord (PTL!), it’s pumpkin spice season! October brings up a giddiness from deep within me that says, “Let’s bake apple pies and drink pumpkin spiced coffee all day long.” Call me #basic… It’s fine. 😉 I get it, there are a lot of calories in a traditional pumpkin spice latte from Starbucks to drink one every single day. And, for me, sometimes I want pumpkin but I want to mix it up a little. I am sharing 5 ways to order pumpkin in your coffee this fall that will blow your mind!

I am shown below in The Cake Shop’s PTL for the PSL Tees! 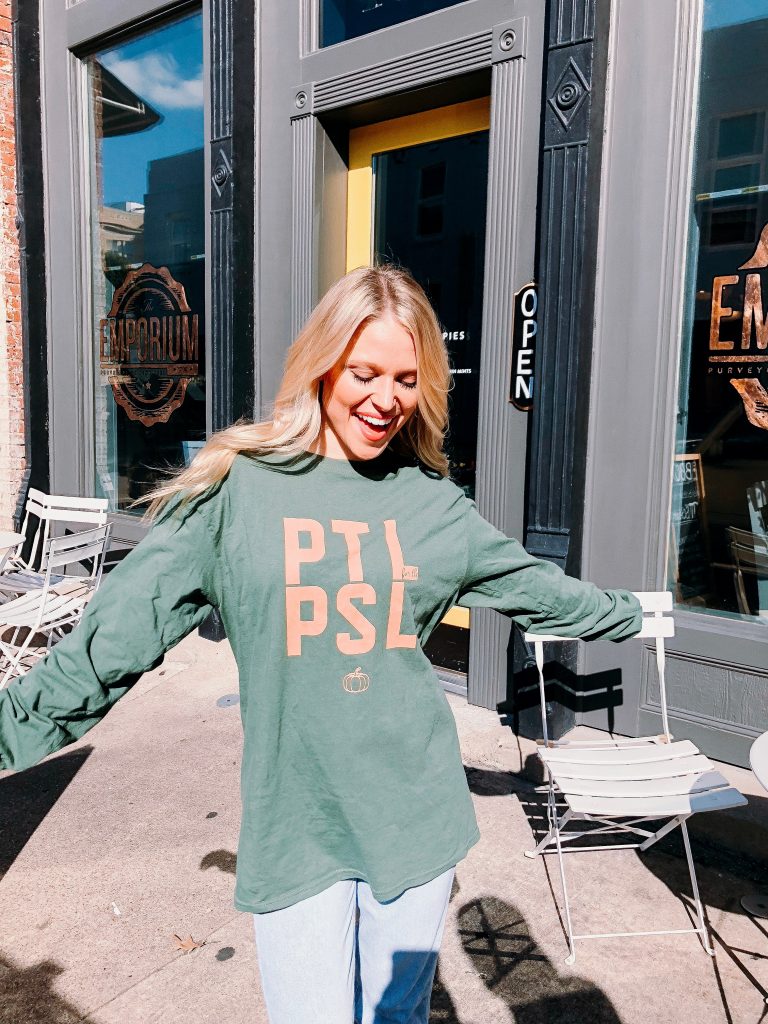 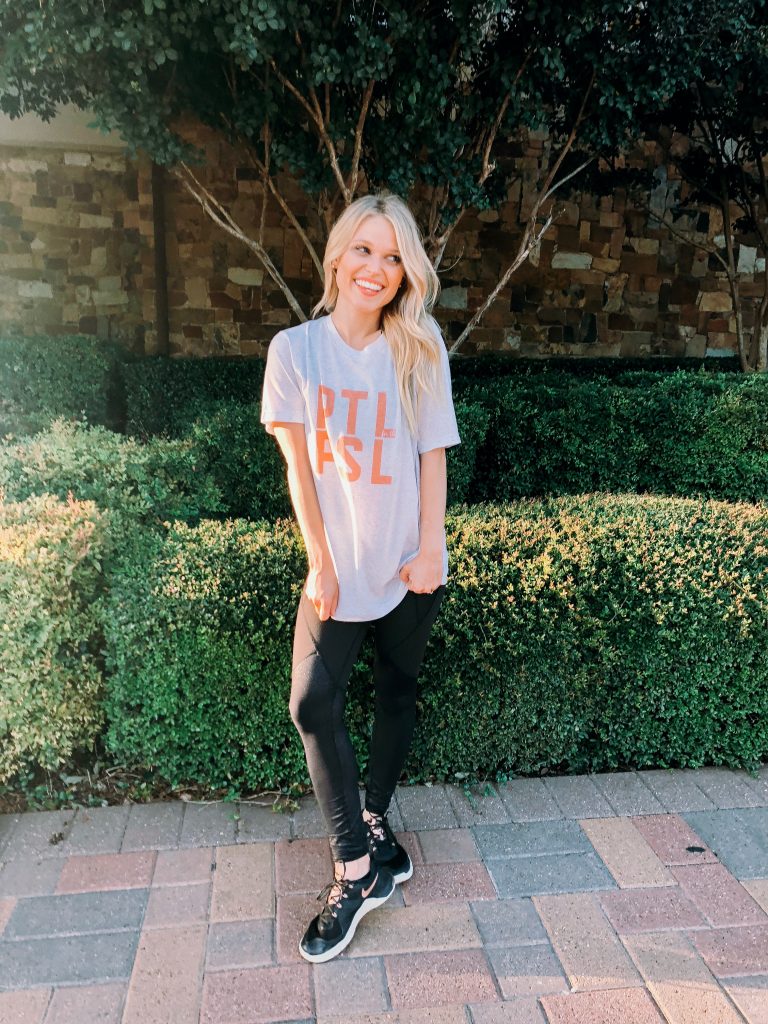