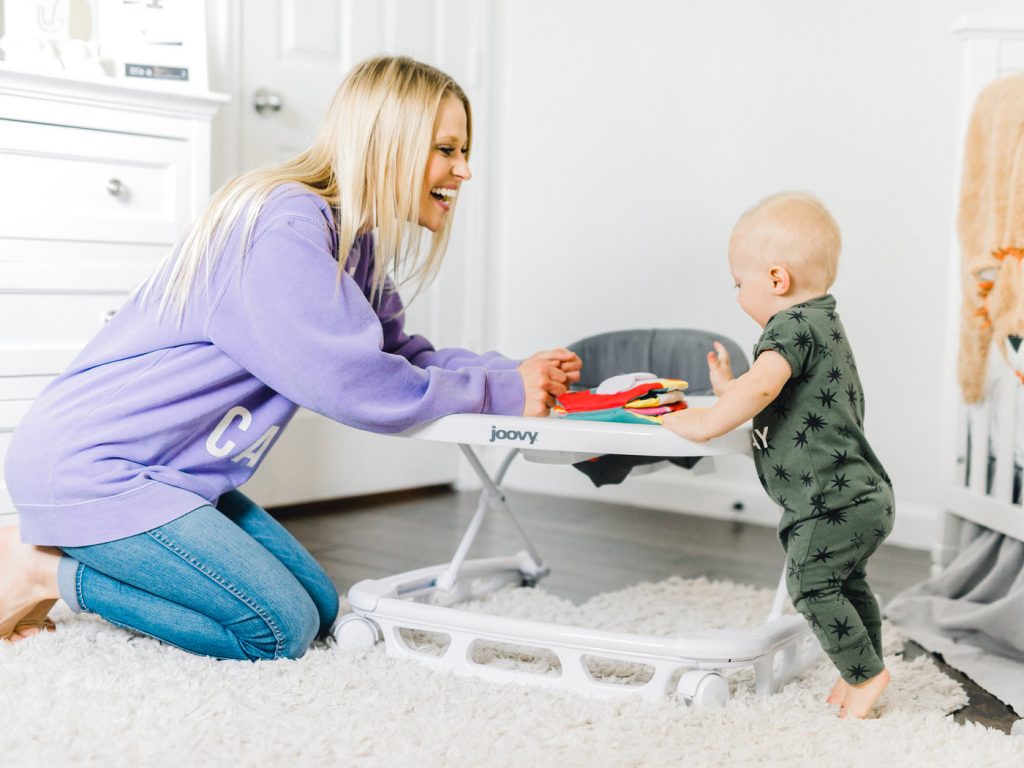 I always start off any posts like today’s with the same thing. You know what’s best for your baby. Every baby is different. I am not an expert. This is what I did for MY kid. If it works for you, too, that is awesome. If it doesn’t, don’t compare yourself or your child to others!

Alright, so with that stated from the get-go, today I am sharing our Baby Led Weaning process! Baby Led Weaning encourages teaching baby to eat real foods rather than “baby food.” They learn to feed themselves quickly, and do so by being messy and watching you eat the same foods. I have gotten so many questions about it, and I took my time writing about it for a reason. I wanted to make sure I felt confident in sharing every trial and error in our BLW experience in order to BEST serve you. Hopefully it will help your transition go even smoother than ours (which I feel was pretty seamless as is!). You will find in this post how we transitioned, what we started out with, how we replaced milk to solids naturally, and what we are eating now on a normal basis. Some of the things I chose to do and try might shock you, and don’t feel like you’ve got to follow what we did to a T.

I began at 4.5 months with very occasional taste testing of Baby Oatmeal. This panned out to being more like play time with oatmeal a couple times a week (MAX) between the lunch and mid-afternoon feeding. I even would skip a week sometimes if I just didn’t have the time. My pediatrician told me at 4 months that if he started to show interest at all in food, you can at least attempt small tastes of oatmeal. But don’t force it. If you try and they’re not interested then come back to it in a week or so.

Look at the beginning as more of a “getting acquainted” type of relationship with food. Baby will not get their nourishment from food at first… If even any actually into their mouths at first haha. We stuck to our milk schedule every 3 hours 8-10 oz.

When I say “play”… I mean play. I would feed him some with a baby spoon to make sure he actually tasted the food and started associating that the spoon puts the food into his mouth. But for the most part, I would put the spoon and bowl in front of him and let him go to town. It’s extremely messy. Every ounce of OCD in me had to go out the window.

I also did Happy Baby simple ingredient pouches at about 5+ months occasionally. (Read on the pouch what it says to make sure your baby can do before offering it to them.) Once he started to actually swallow the majority of what I offered him (instead of it mostly being spit out or falling out), I knew I could start trying food for real. I would do about a quarter of the pouch at a time. Actually swallowing the Happy Baby pouches was the main indicator I went by to step into true Baby Led Weaning. It proved he actually started to like something other than milk, and he knew how to swallow. Him knowing how to swallow gave me peace about trying solids. This happened at 6 months.

Toast, Avocado, Eggs, & Spaghetti! Nothing special. 😉 At first, all plain. No seasonings or butter. Knox loved these really fast. I started to give him a little of one of these at a couple feedings each day, letting him try it out and feed himself. I was told the messier you let them be, meaning the more you truly let them try to feed themselves, the faster their motor skills will develop. From our experience, I feel like this was very true!

Then, when he seemed done, I would offer him a bottle of milk. He wouldn’t eat much of the solids in front of him at first. Baby’s main source of nutrition will remain milk for a while. View adding in solids as appetizers. It’s not the main food, but it’s good and helps fill you up. Always do the solids first. Knox still will grab for the milk over food if given both at once.

Also note, my pediatrician said when you begin implementing solids you should start offering 1-2 oz. of water and gradually increase it as the amount of solids increases.

The more Knox would finish of the food I placed in front of him, I would increase the amounts and add it before more bottles. The first meal I started to completely replace bottles for solids with was feeding #1 of the day.

I started to add in seasonings at 7 months. Simple things at first like butter, coconut oil, salt and pepper. Then, I read an article about how most ethnicities don’t even think twice about about seasonings, because spice is just part of their normal and every day basics. (Mexican food and Indian foods were referenced most.) So… I went for it. I tried 21 Season Salute from Trader Joes first with coconut oil noodles. Knox loved it, and we had zero reactions to it. As the name of the seasoning alludes to… it has 21 different spices in it. So… because there was no reaction to that… nothing really scares me anymore.

We have hardly touched fruit, because my pediatrician said not to introduce them much before a year old. I have done a few but do very sparingly. I tried banana first… and he hates bananas. Like projectile vomits immediately from them. My pediatrician said the longer you hold off on fruit, the more likely your kid will eat their vegetables and crave sugar less.

What about food allergies?

Paul and I have food allergies to gluten/yeast (me) and dairy/casein (Paul), but have not fed Knox as though he has the same allergies. Our hope is by exposing him to these things at a young age and with very close attention he won’t have to live with food allergies.

Our current schedule 3 months into transitioning to solids

Knox sleeps from 6:30 PM- 7 AM almost every single night. (Getting your baby on a schedule is the best thing you can ever do. I stand by that decision and tell everybody to at least try it with their baby!!!)

7 AM Wake-up and start playing!

7:30 AM Breakfast (Usually a waffle or piece of buttered toast with an egg + 3 oz. of water)

Other Questions You Asked

What foods did you do prior to teeth and how did he figure out chewing?

Knox is 9 months old and still has no teeth! Everything listed is no-teeth food. It’s fascinating how he just instinctively picked up chewing. That why it’s important with BLW to eat in front of baby too, so they see what you’re doing with the same food.

This really doesn’t have anything to do with transitioning to solids. I followed Knox’s cues of interest in food for the transition. However, we have been doing some amount of formula since Knox’s 2 month appointment and exclusively doing formula since 6 months old. I had very lean breast milk and he wasn’t gaining as much weight as he should have been on breast milk alone. Then, I started exclusively pumping at 4.5 months. To answer this question: I liked it. But I didn’t love it. It wasn’t hard for me to transition to pumping and then to formula. It just felt right.

Do you Puree anything?

No. I will mush up some things, but the whole point of BLW is to implement real food and skip the “baby food” phase. The only pureed or baby food we do is the pouches.

How do I know if they are eating enough?

Honest answer: You don’t. But, they’ll let you know. If Knox seems hungry still I will either give a small bottle or help feed him a bit to ensure he really got food in his belly. It’s amazing how fast they learn to get the food in their mouth, though.

You know your baby! I will never deny Knox a bottle right now if he shows he wants one. That will slowly change. But as of now at almost 10 months old, I want him to have milk as often as he wants still. 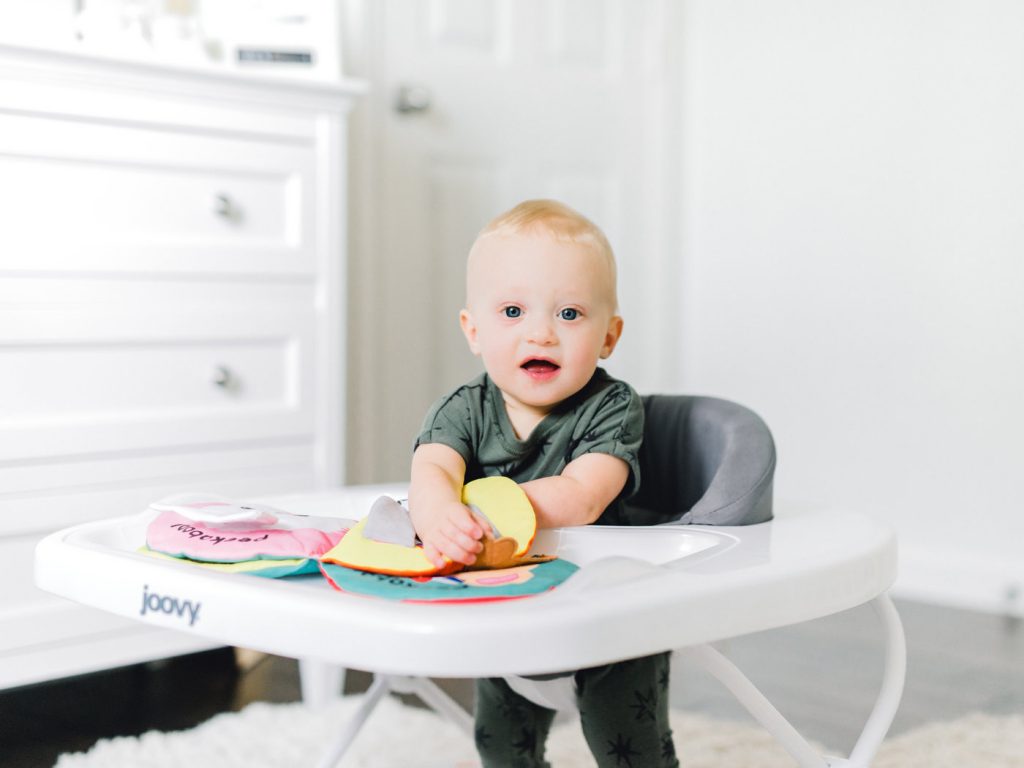 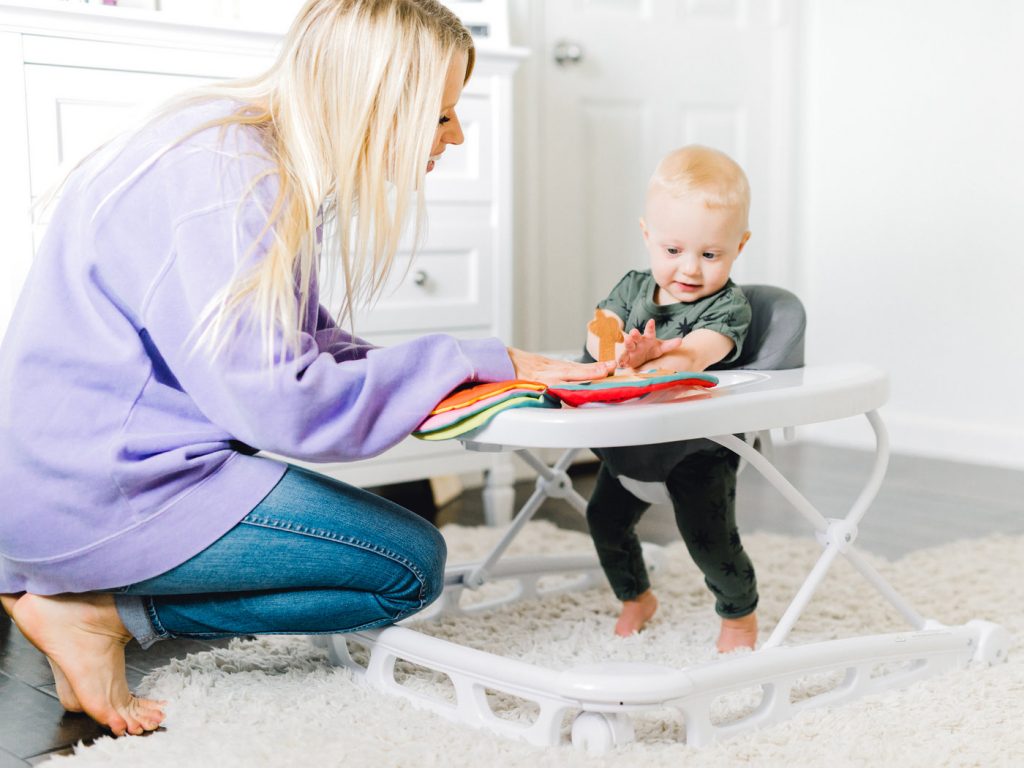 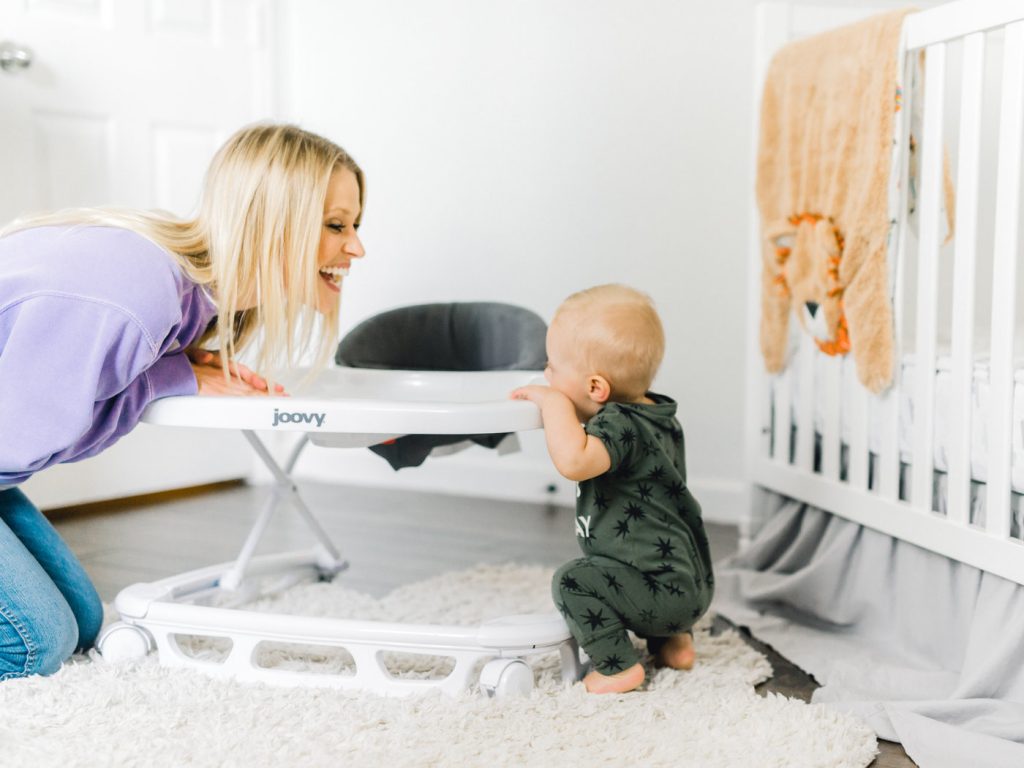